Is Your Cat Crazy? Solutions from the Casebook of a Cat Therapist
Winner! 1995 Best Instructional Nonfiction Book
--Cat Writers' Association
The Dog Who Would Be King: Tales and Surprising Lessons from a Pet Psychologist
A top expert takes you deep into the minds and emotions of dogs.
Ain’t Misbehavin’
Has helped more than 50,000 households cope with crazy cats and dysfunctional dogs!

Dr. John C. Wright is a certified applied animal behaviorist and professor of Psychology at Mercer University in Macon GA. He is one of America’s pioneering authorities on dog and cat behavior and the diagnosis and treatment of animal behavior problems. He received his B.A. from Wittenberg University (1970), and his Master's (1972) and Doctorate (1976) in Experimental Psychology from Miami University. Since publishing his Doctoral dissertation on the development of social relationships and reactions to novelty among German shepherd puppies, his research has involved identifying the factors associated with dog and cat behavioral problems, with a special focus on aggression toward people. He is presently designing dog and cat behavioral assessment programs for community animal shelters, and assessing the behaviors of home reared puppies and kittens spayed or neutered prior to 13 weeks of age.

Dr. Wright is frequently a guest on radio and television, and offers seminars and workshops on topics of feline and canine behavior, the assessment of behavior, and solutions to behavioral problems. He has spoken internationally and locally for organizations such as the National Dog Warden's Association (UK), the American Veterinary Medical Association, the National Animal Control Association, and the Humane Society of the United States.

As a Certified Applied Animal Behaviorist, he has a successful house-calls practice in Atlanta, Georgia where he helps owners resolve serious behavioral problems in their companion dogs and cats. He has also served as a dog behavior expert on cases involving severe and fatal dog attacks to people. Dr. Wright has authored several scholarly works on canine and feline behavior, including "Which dogs bite? A case-control study of risk factors" (in Pediatrics,); "Canine aggression toward people: Bite scenarios and prevention," a chapter published in the series Veterinary Clinics of North America, Small Animal Practice, and "Dog Behavior" a chapter in the newly revised National Animal Control Association's Training Manual.

Order at Amazon.com-- link is on each book's description. 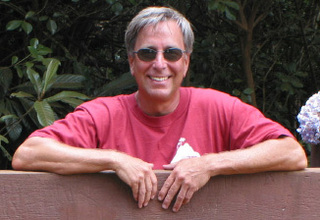